You are here: Home » Flying Homeless 1 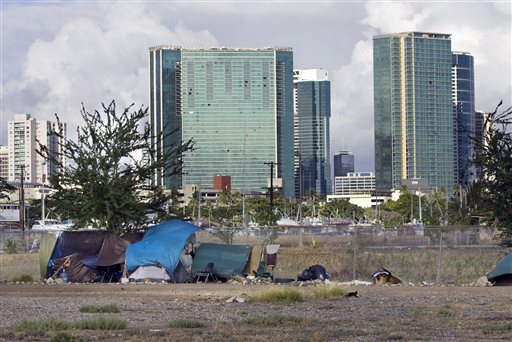 FILE – In this Monday, July 12, 2010 file photo, the Honolulu skyline rises behind a homeless camp in an empty lot near Kaakako Park, in Honolulu. Homelessness increased 15 percent on Oahu since last year according to a recent report. A growing number of homeless are not from Hawaii but make the most of their situation by taking advantage of inviting beaches and support services. State lawmakers are struggling with the visible problem of homelessness in tourist areas and some have proposed a contentious idea to use state money to fly the homeless back to wherever they came from. (AP Photo/Marco Garcia, File)